Since November is Diabetes Awareness Month, it’s the perfect time to find out about one of the heroes within the diabetes community. Today on Indy Style Andi Hauser talks with IndyCar driver Charlie Kimball. For many, that’s Charlie Kimball the first licensed race car driver with diabetes to win an IndyCar race. Charlie discuses his challenge, how he’s worked to overcome them, and offer advice to others.

As race car driver Charlie Kimball wraps up his fourth season in the Verizon INDYCAR Series, he has secured ten top-10 finishes including a podium 3rd place finish in Detroit this year.

For the more than 29 million people living with diabetes in the United States, Charlie’s story is proof that it’s possible to pursue your dreams, even with diabetes.

For many patients and their families, the diagnosis can be daunting. For Kimball, his diagnosis 7 years ago (October 16, 2007) almost caused him to give up his dream of racing at the highest level.

However, Charlie worked with his health care and racing teams to develop a system to help his trackside diabetes management. In addition to taking insulin with a newly-launched prefilled pen, Charlie also watches his diet and uses a monitor that tracks his blood sugar levels to ensure his diabetes is managed before and during his time in the race car.

In honor of National Diabetes Awareness Month, Charlie is sharing his inspiring story and discussing how he manages his condition in order to compete at the highest level. 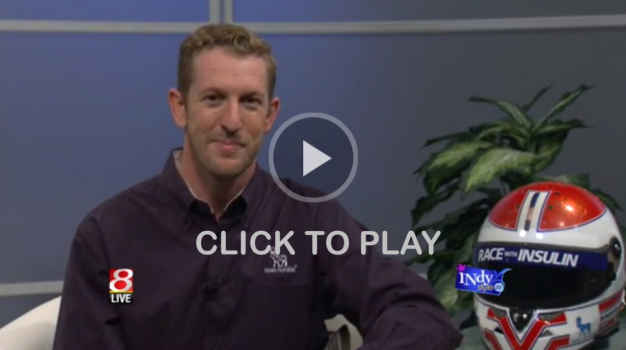