When Charlie Kimball was first diagnosed with diabetes, he had little understanding of what it even was.

“I had no knowledge,” he said from his home in Indianapolis. “I had no family history of it and was very lean and healthy, yet when I was diagnosed I had lost 25 pounds in five days.”

Making the diagnosis even more troubling for the 29-year-old was the fact that Kimball is a professional athlete — an Indy car driver who competes in the Verizon IndyCar Series with Chip Ganassi Racing, to be precise. Kimball thought he was finished racing, but instead he turned into an advocate who rose above his diagnosis and is trying to spread his story.

Kimball did just that as a guest speaker at the Taking Care of Your Diabetes Conference, which took place Nov. 8 at the San Diego Convention Center (part of the organization is based in Del Mar).

“I’m biased, but the diabetes community is among the strongest in the world,” he said after the conference. “A lot of people say that my story inspires them — but hearing other people’s stories keeps me going as well.”

Fully embracing his role as an advocate to raise awareness, Kimball has talked with more than 10,000 people about his path from initial confusion about the disease, to a deep understanding of diabetes and how to live with it.

“The day I stop learning about diabetes is the day I hang up my helmet,” he said. “I think that I’m a better driver and athlete because of my diabetes and not despite it. I’m better prepared, mentally and physically. I simply understand and listen to my body a lot more, just like mechanics who spend hours to make sure the race car is right.”

Understanding and learning how to listen to one’s body is the one skill that those recently diagnosed with their disease must learn, and Kimball said that after a while, it becomes a normal occurrence: “All of the things you have to do for diabetes — like testing your blood sugar — becomes part of your routine, just like checking the news or brushing your teeth.” 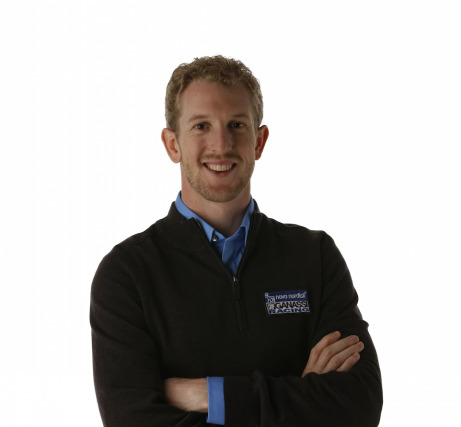