Via The Morning Call

The top story from Saturday’s qualifying for IndyCar’s ABC Supply Company 500 might not have been Helio Castroneves earning the pole-position for Sunday’s race.

Much more memorable was the horrific crash suffered by Chip Ganassi Racing team member Charlie Kimball, a teammate and mentor to Nazareth’s Sage Karam, whose wreck in Turn 3 caused a 48-minute delay.

Kimball smashed into the wall and his car briefly went airborne. The accident caused an extensive repair to Pocono’s catch-fence as well as a lengthy track cleanup effort.

He immediately put people at ease with a thumb’s up, and suffered only a cut on his chin that required stitches and a bruised finger and hand.

“When you are this ugly to begin with it is hard to do much damage,” Kimball told reporters later.

The 30-year-old Kimball, who finished second in 2013 when the Verizon IndyCar Series made its return to Pocono, is used to overcoming adversity. He battles Type-I diabetes every day of his life. 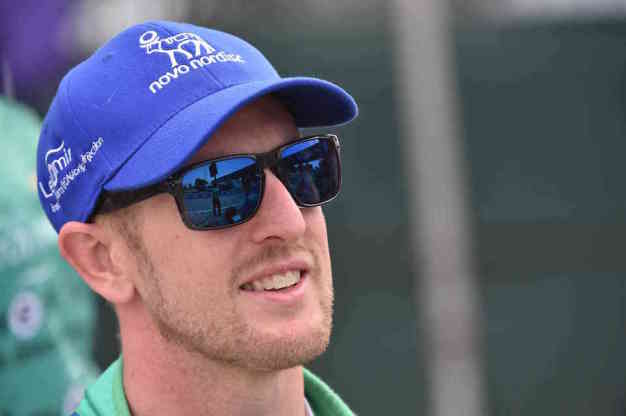