The driver: Turned 30 on Feb. 20. … From Camarillo, Calif., and resides in Indianapolis. … Kimball, who has type 1 diabetes, has partnered with global diabetes care leader Novo Nordisk, whose products he uses, to raise awareness of the importance of properly managing blood glucose levels and to demonstrate that diabetes can be successfully integrated into your life and your ambitions. As part of the partnership, Kimball makes appearances on behalf of the company. … He was diagnosed with diabetes on Oct. 16, 2007.

Season stats: Kimball recorded two podiums – third place in the 99th Running of the Indianapolis 500 and in the season finale at Sonoma Raceway – among five finishes in the top 10. Fifth place in the Angie’s List Grand Prix of Indianapolis made for a decidedly productive May. … Tied career high by leading laps in six races for 21 total laps, and was running at the finish in 13 of the 16 races (out by contact at Iowa and Belle Isle-1 – both of which he was relegated to 22nd place – and a late mechanical issue at Pocono Raceway – where he climbed from the 23rd starting positon to finish 12th). … Completed 2,055 of the 2,232 total laps. … Average finish on six ovals was 10.6; average finish on five road courses was 11.4; average finish on five street courses was 17.8. … Best qualifying was sixth at Mid-Ohio Sports Car Course. 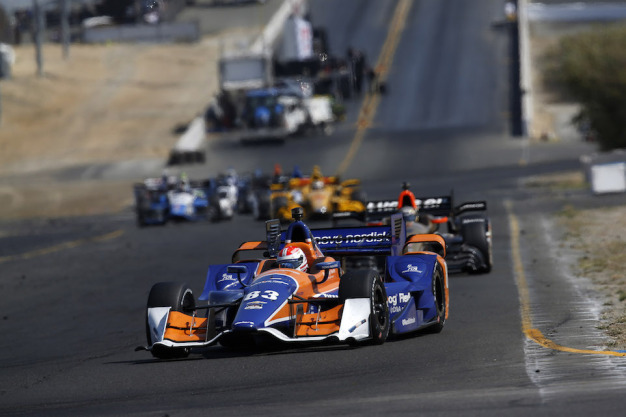