What will you remember the 2015 IndyCar season for? Juan Pablo Montoya’s teflon coating wearing off right at the time he needed it most? The introduction of the aero kits, several years after they were first mooted? Rocky Moran Jr.’s inspiring hour of track time at Long Beach?

To try to make sense of it all, RACER’s Marshall Pruett, Robin Miller and Mark Glendenning asked each other some searching questions about all of 2015’s regulars, which for the purpose of this review, includes anyone who started a minimum of half the races. Look for new installments every Monday, Wednesday and Friday.

Are we seeing Kimball at his best? Has he reached his full potential?

ROBIN MILLER: Dario Franchitti calls his former teammate ‘Charlie Murphy’, but I prefer the moniker ‘Clark Kent’ because a few times every season he goes into a phone booth and changes into Superman. This past season it was at the Indy 500, when he charged from 14th to first before finishing third. He also scored a podium at Sonoma after starting 14th. So when asked about his potential it’s difficult to answer, because since scoring that first podium at Toronto in 2012, to winning Mid-Ohio in 2013, to storming to the front at Indy last May, ‘ol Charlie keeps surprising most of us.
The 30-year-old Californian sometimes seems too mellow for an IndyCar and then he’ll go out and make a bunch of bodacious passes at Toronto or Alabama or Mid-Ohio that impresses everyone. Or lead Indianapolis for 14 laps. So in that regard he is very much like a box of chocolates in that you never know what you’re getting. 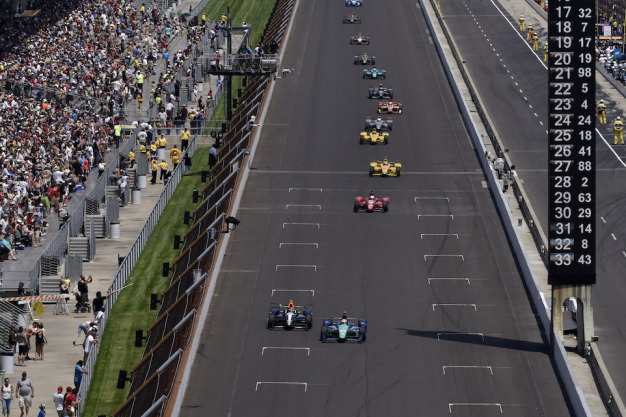