2015 highlights: Chip Ganassi Racing Teams has been the true powerhouse of Indy car racing over the past two decades, collecting 11 season championships since 1996 – including the thrilling come-from-behind title Scott Dixon earned last season by winning the season finale. It marked the fourth championship for Dixon in his 14 season with the team. The remaining three CGRT cars couldn’t match Dixon’s success in 2015. Tony Kanaan was often in the hunt with 10 top-10 finishes, but didn’t find Victory Lane and finished seventh in the standings. Charlie Kimball was strong at the Indianapolis 500, placing third, but wound up 12th in the championship. Sage Karam and Sebastian Saavedra shared the fourth car, with Karam’s young bravado showing in a third-place finish at Iowa and fifth at Auto Club Speedway. 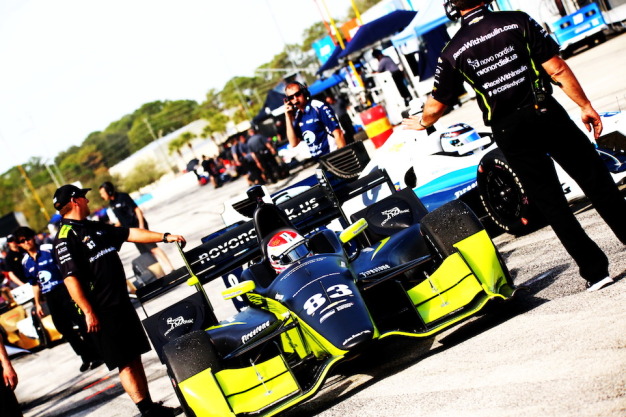