When Helio Castroneves left Gateway Motorsports Park as the Verizon IndyCar Series race winner in August 2003, little did he or anyone else realize it would be 14 years before he’d be able to defend his victory.

With announcement today of the 2017 INDYCAR schedule, Castroneves will get the chance to do just that. Gateway, the 1.25-mile egg-shaped oval in Madison, Ill. – just across the Mississippi River from St. Louis – is back in the fold as the 15th of 17 events on the calendar. The race is scheduled for Saturday, Aug. 26, 2017, and no one may be happier about it than the 41-year-old Team Penske driver.

“I think it’s great that we’re going back to Gateway,” Castroneves said. “Personally, I like it because I’ve had success there, but also that I used to race for Hogan (Racing, which was St. Louis-based, in 1999), which makes it a special place to me.”

“I won there with Team Penske in 2003 and there was an all-Brazilian podium with Tony (Kanaan) and Gil,” Castroneves said. “I remember that we had a really good car. I think we started from the pole and led a lot of laps (96 of 200).

“I know that the people of St. Louis will get a heck of a show. The track isn’t a typical oval with the irregular shape which makes it challenging. It’s a track well suited for INDYCAR. I’m looking forward to it.”

The return to Gateway could not have taken place without the efforts of Curtis Francois, a St. Louis native and former racer who drove in the 2002 Indy Lights race at the track. Francois took over ownership of the shuttered facility in 2012, invested $20 million in capital improvements and has added NASCAR trucks and NHRA drag racing to the schedule that also includes a multitude of club races and karting events. 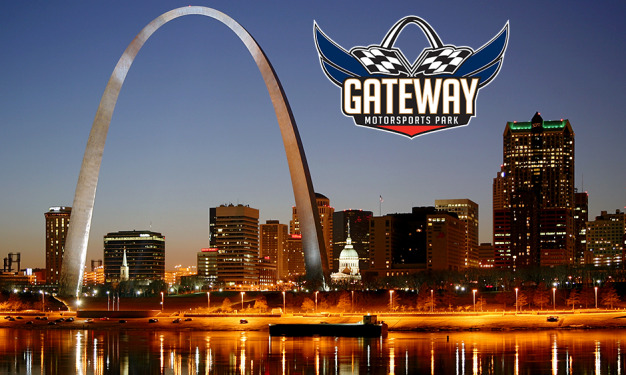