Phoenix Raceway invites fans and media to the second annual “Prix View” Testing event for the Verizon IndyCar Series on Saturday, Feb. 11, Phoenix Raceway President Bryan R. Sperber announced today. The event will feature virtually the entire field of drivers and teams as they prepare to race under the lights in the Phoenix Grand Prix on Saturday night, April 29, 2017.

“The Prix View is an important testing opportunity for all the teams of the Verizon IndyCar Series to refine their approach to the championship before the season begins,” said Sperber. “We are pleased to be able to open the track so fans can see firsthand the critical adjustments the teams are making in preparation for the Phoenix Grand Prix and the entire 2017 season schedule.”

Gates will be open from noon until 7 p.m., and fans can take advantage of free admission to watch drivers on track for testing sessions beginning at 1 – 4 p.m. and again at 6 p.m. 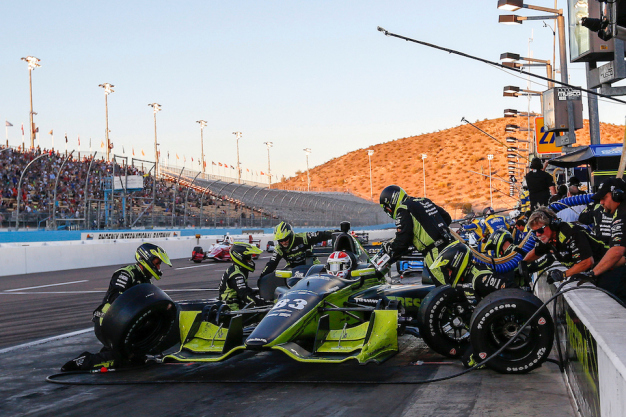