First oval test wraps up for No. 83 team

Charlie Kimball and the Novo Nordisk Chip Ganassi Racing team left the “Prix View” open test at Phoenix Raceway with 240 laps on the 1.022-mile oval, their first oval test sessions with Honda as a partner for 2017.

“We’re just learning about how the new Honda engine and aero kit reacts to changes and working through race and qualifying setups,” Kimball said. “We did a little bit of race work yesterday during the day and then trimmed some down to get closer to a qualifying setup last night. We spent the afternoon of Day 2 doing some qualifying work just trimming downforce out and trying to get the drag out of it. We need to see how the car reacts in both speed and what we need to do on the engine side, but also the balance of the car and any adjustments we need to make before we come back on the race weekend.”

The 2017 Verizon IndyCar Series season kicks off on March 12 at the Firestone Grand Prix of St. Petersburg. The Series returns to Phoenix Raceway on April 29 for its fourth event of the year.

“There’s so much we have to learn, so we’re just trying to get as much information as possible before we come back during the season,” Kimball said. 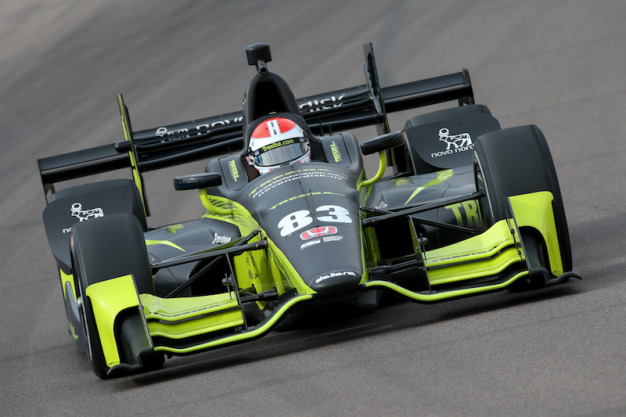