Carlin is proud to announce their move into the Verizon IndyCar Series in a full-time capacity for the 2018 season. Joining the first season INDYCAR effort at Carlin will be drivers Max Chilton and Charlie Kimball along with primary partners, international insurance brokerage, risk management and consulting services firm, Gallagher and global healthcare company, Novo Nordisk. Both Chilton and Kimball drove for the championship winning team earlier in their racing careers. The Carlin entries will be powered by the Chevrolet twin turbocharged direct injected V6 engine.

“We’re delighted to finally be able to announce our entry into the Verizon IndyCar Series, the result of a long-term ambition of the team,” Team Principal Trevor Carlin said about the announcement. “To be joined on that journey in our debut season by brands such as Gallagher and Novo Nordisk and with drivers we already have a race winning history with in Max and Charlie, is beyond what we could have expected. By no means do we underestimate the challenge and competition that lies ahead, but I have great faith in the young and passionate team that our Team Manager Colin [Hale] and I have put together.”

IN CK’S WORDS
“I’m so excited to join Carlin for the 2018 Verizon IndyCar Series season. They were a big part of launching my career when I raced in Europe and we had a lot of success together back in 2005 in the British Formula Three Championship. It seems like everything fell into place at the right time to have this opportunity to work with Trevor and the whole Carlin team again. I’ve already got two years of experience working with Max as a teammate and I think our strengths and weaknesses will really complement each other as we begin this new adventure. The Verizon IndyCar Series is not just gaining a new race team, which is of course exciting, but really gaining a capable and competitive group of people that make up this team. Bringing Novo Nordisk into the fold, for our 10th consecutive year together, means a lot to me personally. They’re more than a sponsor—Novo Nordisk is a true partner, and I can’t thank them enough for their support.”

ABOUT CARLIN
Carlin has been a fixture in the motorsports industry for nearly 20 years and has been a major factor in developing some of today’s most accomplished drivers in the world. The team currently competes in the Verizon IndyCar Series, FIA Formula 2 Championship, Indy Lights Series, FIA Formula Three European Championship, EuroFormula Open, and the BRDC British F3 Championship. Overall Carlin has 24 championship titles and more than 380 victories, including wins in series as diverse as Formula 3, GP2 Series, Porsche Supercup and championship victories in Formula 4, FIA Formula 3, Indy Lights and Formula 3.5 World Series by Renault. Carlin’s UK race shop facility is located in Farnham, Surrey along with a dedicated U.S. race shop facility located in Delray Beach, Florida that serves as a base for the team’s INDYCAR and Indy Lights programs. For more information on Carlin, please visit www.carlin.co.uk. 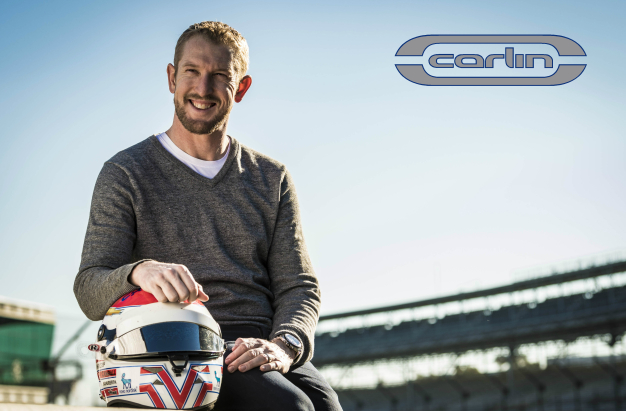