If history is any indication, it’s not if Carlin will win in the Verizon IndyCar Series, but when.

The British-based racing team has taken a methodical step-by-step approach in every series entered around the world, building reasonable expectations each year on its way to eventual victories and championships.

Although Carlin’s official Verizon IndyCar Series debut waits for the Firestone Grand Prix of St. Petersburg on March 11, a combination of factors has team namesake and principal Trevor Carlin excited over the prospects, as he spoke Saturday during the Phoenix open test at ISM Raceway.

Those factors include the new car for 2018 with its universal aero kit and the veteran drivers he has employed – Max Chilton and Charlie Kimball – who were teammates the last two seasons at Chip Ganassi Racing and who both drove for Carlin in the past. 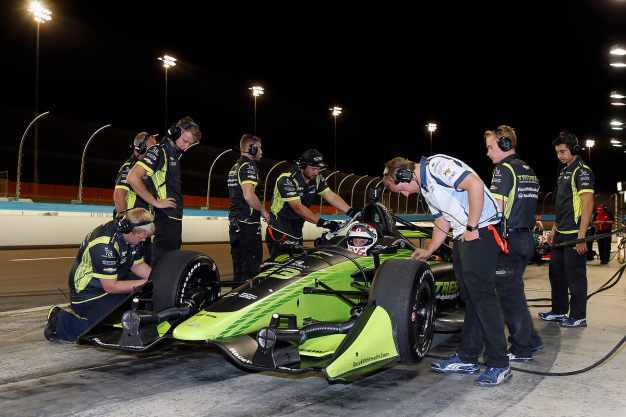