Live from the Honda Indy Grand Prix of Alabama

DEBRIEF
“The 10 car of Ed Jones just drove into the back of me. The stewards reviewed it and decided that no action would be taken, which I vehemently disagree with. Yeah, visibility was tough out there, but it was tough for everyone. I didn’t run into anyone and no one else ran into me, except for the 10 car. I don’t know what the stewards were looking at, but I’m going to have a discussion with them after the race. I’m just disappointed because the Carlin guys know how to run in the wet and they gave me a great car. We were moving up the field a few spots and with the Marco spin we were able to elevate another spot. We were just knocking on the door of making it into the top 10 and coming out of here in these conditions with a top-10 result heading into May would’ve been really good for the team.”

SUNDAY, APRIL 22
INDYCAR has suspended the 2018 Honda Indy Grand Prix of Alabama due to heavy rain and will continue the race from lap 23 on Monday, April 23 at 11 a.m. Central. Click here to learn more.

Note: On lap 12, the No. 23 car spun on track after contact by the No. 10 car. Due to damage sustained during the contact, the team was forced to retire from the race and will not be permitted to continue on Monday. The No. 23 will record a 23rd place result at Barber Motorsports Park.

DEBRIEF
“It’s a little frustrating not to make the top 12, but honestly the progress we’ve made since St. Pete and even in Long Beach just on qualifying is nothing to scoff at. I’m really proud of this team – they keep making progress. I think we have a solid baseline to go off of moving forward. Now we just need to optimize for each race track and figure out to how to get into the top 12 and ultimately into the Firestone Fast 6.” 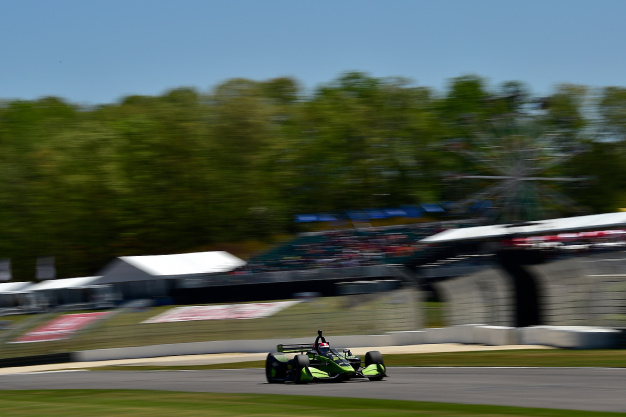 DEBRIEF
“We made a change during the second session that wasn’t as good as we’d hoped. When those red flags fell, we made sure we were working through our race program to be ready for Sunday. With no warmup session on race day morning, this was our last real race-running opportunity, so we needed to make sure we worked on the car for race setup as well as maximizing what we were getting out of the new Firestone alternate tires for qualifying. With that in mind, we didn’t really optimize the car, quite frankly. The No. 59 car looked really good so as a team it feels good to know there’s more speed in the Carlin cars.” 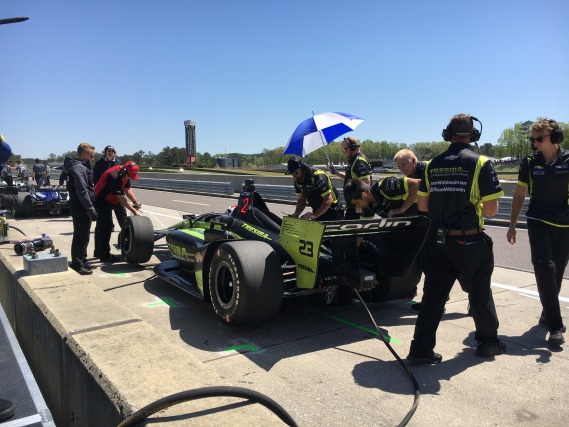