Charlie Kimball had a memorable day at the Toyota Grand Prix of Long Beach – on and off the racetrack.

In addition to scoring Carlin’s first top-10 finish in just its third start in the Verizon IndyCar Series, the 33-year-old Californian welcomed a firefighter who battled the Thomas Fire that damaged much of Ventura County in suburban Los Angeles, including much of the Kimball family’s avocado ranch, in December.

Mike Fuller, who works at Station 54 in Ventura County, was one of 8,500 firefighters who combated California’s largest wildfire in history, which spread over 283,000 acres.

An avid racing fan who had attended previous Long Beach races, Fuller brought nephews Jace, 3, and Harrison, 11, to Long Beach on Sunday. The chance to meet Kimball and the AMR INDYCAR Safety Team at the Carlin transporter before the race made for a one-of-a-kind experience. 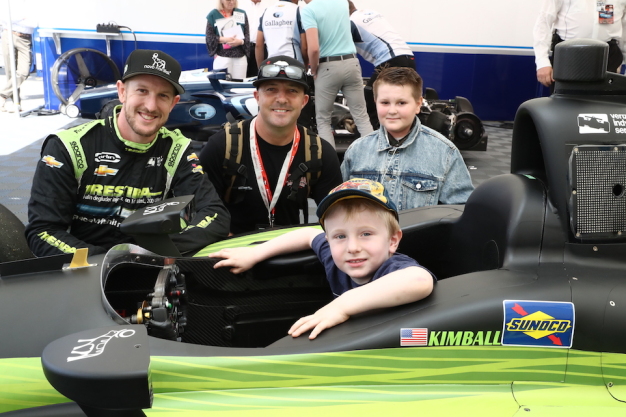