Circuit of the Americas joins 17-race schedule for 2019

INDYCAR released its 2019 schedule today featuring 17 events, a newly announced race and a new event finale. All the action will be showcased in INDYCAR’s first full season with NBC Sports Group.

Circuit of the Americas (COTA), the permanent road course in Austin, Texas, will make its debut on the IndyCar Series schedule on Sunday, March 24. It will be the second race of the 2019 season.

“COTA is one of the finest motorsports facilities in the world and Austin is a happening city. This a natural fit for the IndyCar Series,” said Mark Miles, president and CEO of Hulman & Co., which owns INDYCAR and Indianapolis Motor Speedway. “Indy car racing has a large and passionate fan base in Texas with a hunger to attend more races. This added date will allow us to deliver both oval and road course events to the state in a single season.”

INDYCAR recently announced a four-year agreement with Texas Motor Speedway, which has hosted 30 Indy car races since 1997. The 2019 race on the Fort Worth superspeedway will be Saturday, June 8 under the lights.

Circuit of the Americas founder and chairman Bobby Epstein said the track’s fan base has been excited to see INDYCAR race at COTA “from Year 1.” The permanent road course opened in 2011. At more than 3 miles, COTA will be the second-longest circuit on the 2019 INDYCAR schedule, behind only Road America (4.048 miles).

“It’s going to be spectacular,” Epstein said. “Our entire team at COTA is excited to welcome the teams, drivers and visitors to our great city, and we know Austin will give them a warm welcome.”

For the ninth consecutive year, the IndyCar Series season will kick off in St. Petersburg, Florida, on Sunday, March 10. The 1.8-mile temporary street circuit in the Gulf Coast city includes a runway of Albert Whitted Airport. St. Petersburg first hosted Indy cars in 2003 and has continuously since 2005, providing the perfect warm-weather backdrop to usher in the new season.

INDYCAR’s 2019 season concludes Sunday, Sept. 22 with the championship race at the legendary WeatherTech Raceway Laguna Seca, which has hosted 22 previous Indy car races, the most recent in 2004. The permanent road course near Monterey, California, was last the site for an Indy car season finale in 1996.

The centerpiece of the 2019 schedule again includes two races at Indianapolis Motor Speedway, where the INDYCAR Grand Prix will be held for the sixth time on the road course, on Saturday, May 11. The 103rd Running of the Indianapolis 500 on the historic 2.5-mile oval will take place Sunday, May 26.

A focal point for INDYCAR has been maintaining date equity with racetracks. The 2019 IndyCar Series schedule accomplishes that with a pair of minor exceptions for good reason:

“INDYCAR has worked to deliver a consistency and cadence to the schedule and that is reflected again in 2019,” Miles said. “We’ve added races at a pair of tracks that know how to put on fantastic events, while returning to tracks where INDYCAR has longstanding relationships on familiar race dates.

“The diversity of next year’s schedule will continue to make what we believe is the most challenging and competitive championship in motorsports.”

Nearly half of the 2019 races will air on network television as part of a previously announced multiyear media rights deal with NBC Sports Group that will significantly increase INDYCAR exposure. Broadcast times will be confirmed later, but eight races, including the Indianapolis 500, will air on NBC. Nine races will be on NBCSN, with all track activity and additional exclusive content available on NBC Sports Gold, the direct-to-consumer product that will bring subscribers closer to INDYCAR racing than ever before.

The complete 2019 IndyCar Series schedule is as follows: 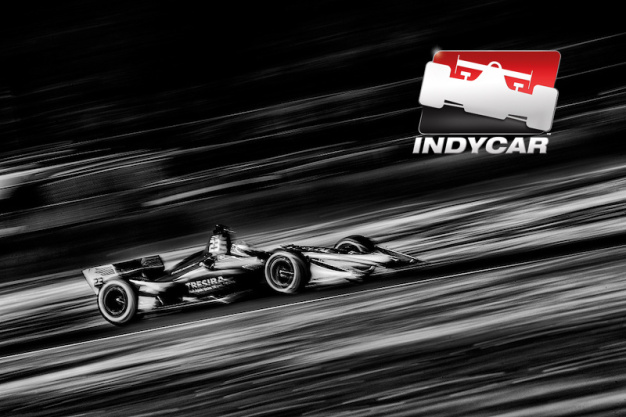