Sunday, April 19
4:20 p.m.
It was kind of frustrating day for the No. 83 NovoLog FlexPen car. The Novo Nordisk Chip Ganassi Racing guys did a great job all weekend, from making the car better all weekend to the pit stops on race day. It was unfortunate to have the front wing problem early in the race, as we had to make that unscheduled stop and lose some positions. Overall, man, the car was fast. That bodes well heading into the Grand Prix of Alabama at Barber next weekend, where we’ve done well in the past.

Thanks for all of the support! And special thanks to my friends and family members who came out to the track this weekend. I never get to spend enough time with them, but I do appreciate having them here!

Congrats to Scott and the No. 9 Target team on the win! Well-deserved. On to the next one… 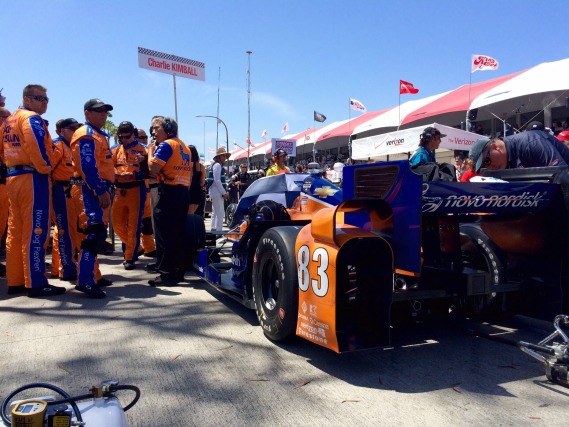 Pre-race at the Grand Prix of Long Beach. 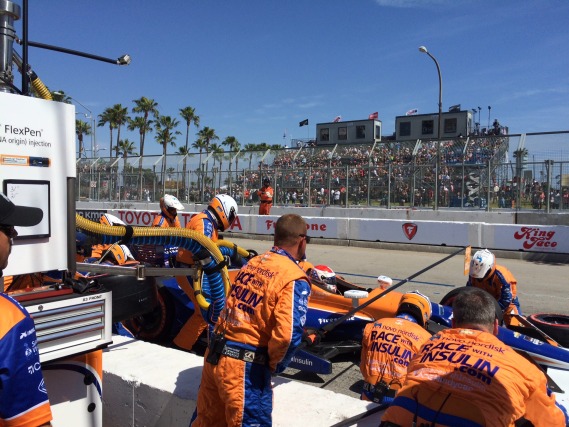 Pit stop for fuel and tires. 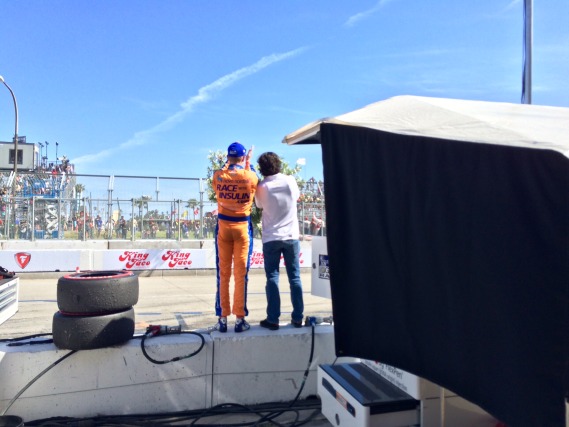 Congratulatory wave (with Dario) as Scott drives by on his post-win parade lap. 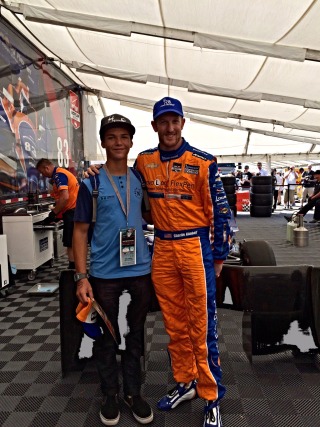 The whole Novo Nordisk Chip Ganassi Racing team will be ready to go at the green flag. I have a strong car and the right team behind me to move up the field. And, I have about 50 family members and friends in the grandstands today to cheer me on!

Tune in to warm-up via INDYCAR Race Control, then check out the race live at 1 p.m. Pacific/4 p.m. Eastern on NBC Sports Network! Keep following my Pit Lane Reporter on Twitter @racewithinsulin for more behind-the-scenes updates. 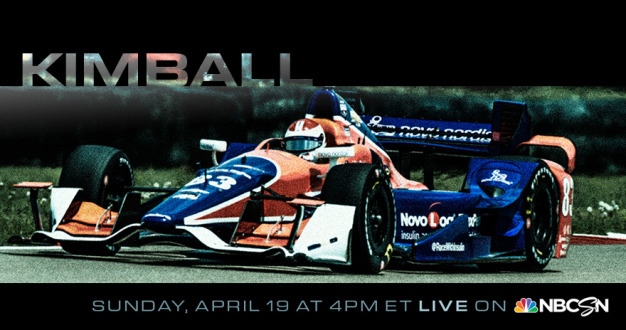 Saturday, April 18
4:40 p.m.
We were so close to transferring through to the next round – I think it was something like half of a tenth of a second of my fast lap. There was a local yellow out there that I slowed down for and ultimately lost that tenth off my lap time that would’ve allowed us to transfer. We were actually penalized for not slowing down enough in the local yellow zone, so I lost my fastest lap and moved down a few starting positions.

I’m excited about taking the No. 83 NovoLog FlexPen into the race here in Long Beach tomorrow. I think we have a good car and great people on the stand to call strategy. We have 80 laps to sort it out and come from 15th up to the front!

All in all, I’m really happy to be here at Long Beach. The entire track has been packed with fans, and we can’t thank them enough for the support. 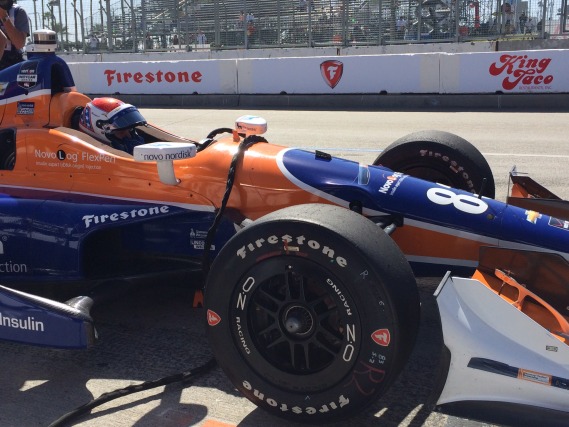 All set for practice 3. 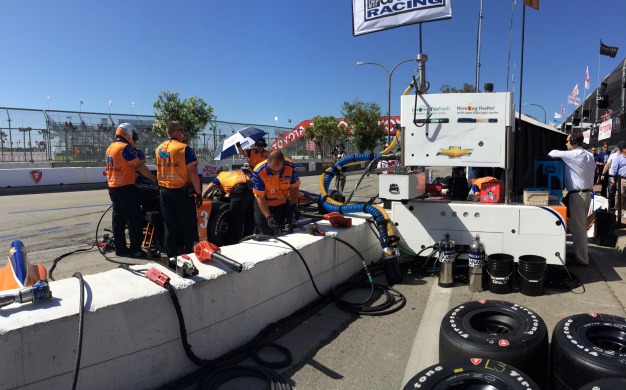 No. 83 team making some changes during morning practice.

Friday, April 17
6:15 p.m.
We were pretty disappointed with the first practice session. We just didn’t quite get the lap time we thought we were capable of getting. Going into the second practice session we had a lot of gains to make. We found some good time and ended up knocking on the door of the top 10 in 12th. We need to definitely find that time in the No. 83 NovoLog FlexPen Chevrolet tonight to break into the top 10. We have some improvements we need to make to the car and I have some things I need to work on before qualifying tomorrow. 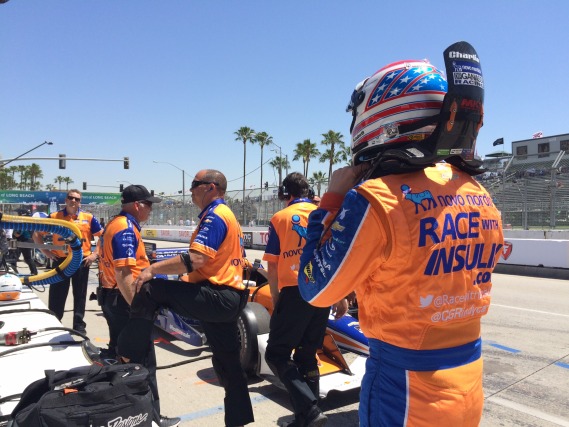 Getting ready for practice 1. 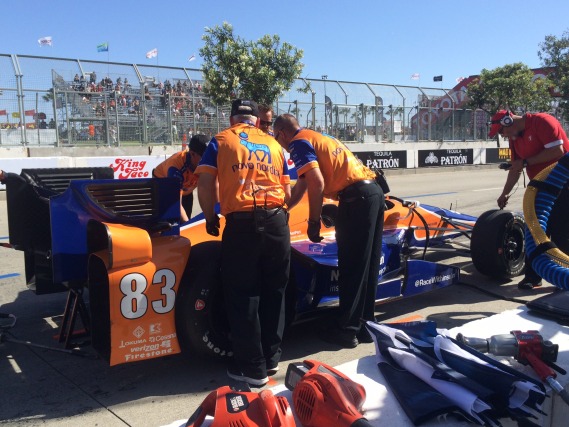 9:50 a.m.
Good morning! It’s a beautiful day here in Long Beach and a great day to be at a race track. I was able to spend a lot of time with the Novo Nordisk Chip Ganassi Racing team yesterday, prepping for the weekend. Last night I had dinner at one of my favorite local seafood restaurants with good company. All in all, a good start! Now I’ve got to run off to the drivers meeting.

Catch our first practice session at 12:30 p.m. Pacific via INDYCAR Race Control, and follow @RaceWithInsulin on Twitter for on-track updates from my Pit Lane Reporter!

Thursday, April 16
1:30 p.m.
Ah, it’s great to be back on the West Coast! I flew in from Indy last night and headed to my parents’ ranch for an video shoot this morning. After a wet weekend in New Orleans, I think we’re all more than ready to be on the ‘Best Coast’ for some sunshine and, of course, racing. The Novo Nordisk Chip Ganassi Racing team showed we had speed both on a wet and dry track. Unfortunately with the qualifying session ending the way it did and the less than ideal conditions for race day, we didn’t get the result for our efforts. The guys had a quick turnaround for Long Beach this weekend, but I have no doubt the No. 83 NovoLog FlexPen car will be quick as soon as we roll onto the track tomorrow. It’s a race I enjoy as a driver, and one I enjoyed as a kid growing up. With it being a home race for me, I am always pushing extra hard for my friends and family members in the grandstands!

I’m headed off to the track walk with my engineers. Check here for this weekend’s schedule, and follow me on Twitter @racewithinsulin for more on-track updates! 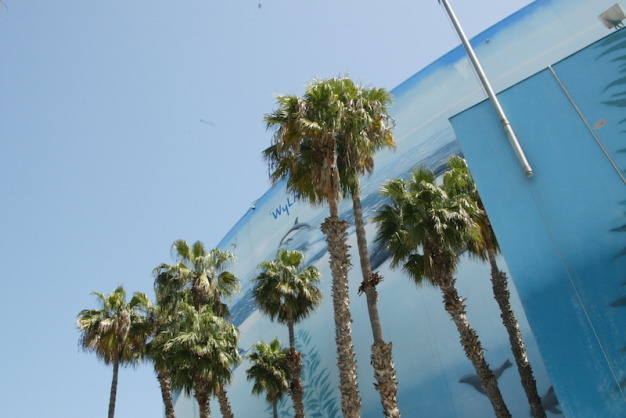