“I’d lost about 25 pounds in five days, and all I was doing was drinking water because I was so thirsty.”

Kimball was 22 at the time, a young racer enjoying success on Europe’s most demanding tracks.

Kimball, who was born in England and raised in California, was competing at the time in the open-wheel World Series by Renault.

By coincidence, he’d kept a doctor’s appointment for an unrelated skin rash, only to be told the crushing news — he had Type 1 diabetes.

“It was a big surprise, frightening,” Kimball said Wednesday from Indianapolis where he is preparing for this weekend’s qualification runs (speed trials) for the Indy 500 on May 24. “I didn’t have any family history of diabetes. I just didn’t know how it was going to affect me.”

The doctor visit probably saved Kimball’s life and has opened a new chapter for the Chip Ganassi Racing driver: He now is an advocate for better understanding diabetes and even has lobbied on Capitol Hill for new diabetes legislation.

Kimball, who pilots the No. 83 Novolog FlexPen Chevy/Dallara, is planning to meet with doctors in the Detroit area the week of the Chevrolet Detroit Belle Isle Grand Prix on May 29-31. 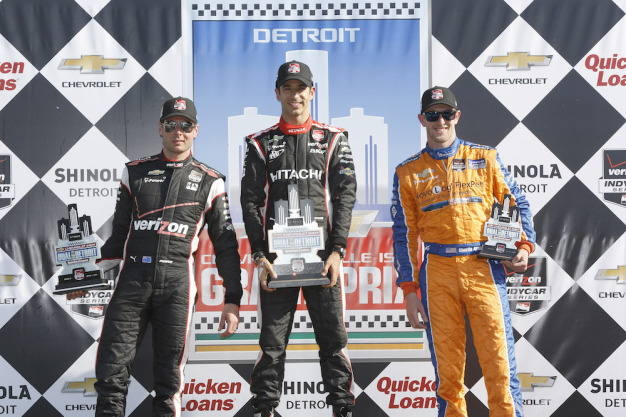