Kimball not letting diabetes stop him on race track

As a race car driver, Charlie Kimball never wants to put on the brakes. So when he was diagnosed with Type 1 diabetes in 2007, he wasn’t about to let that slow him down.

Since he joined Chip Ganassi Racing in the No. 83 car before the 2011 season, Kimball has thrived as the only licensed driver in IndyCar history with diabetes. He has top-20 finishes in each of his first 4 years, and currently sits in 13th place in the season standings with three races to go.

But even while he’s waiting for the wins to start coming consistently, Kimball considers himself a winner every time he takes the track.

“I think having diabetes makes me a better driver, because of the balance it gives me,” Kimball said. “If I finish first or 21st, when I come away from the track, I know that being out there and competing proves to other people with diabetes that they can do whatever they want. Just being out there is a big treat for so many people in the diabetes community, and hopefully by sharing my story, I encourage the next generation to go out and live their dreams.”

Kimball was visiting Sterling on Tuesday, as part of the CGH Health Foundation’s health and wellness event at Westwood Sports Complex. The 30-year-old Californian signed autographs, posed for pictures, and gave a half-hour speech about living with diabetes as a professional athlete before answering questions from the audience of about three dozen people.

Kimball calls events like these “fulfilling and inspiring,” and gets as much out of them as the folks who look up to him as a role model. 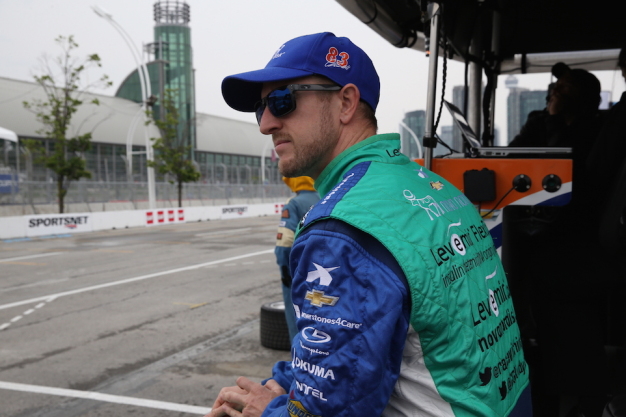