Only one driver within the four-car Chip Ganassi Racing operation was happy after qualifying.
Team leader Scott Dixon was disappointed to miss out on pole position by 0.0529s, Tony Kanaan wasn’t pleased to qualify 17th, and Max Chilton was convinced his car has an undiagnosed problem after earning 19th on the grid, leaving Charlie Kimball as the only CGR pilot smiling at the checkered flag.

Kimball, cracking the Firestone Fast Six for the first time this year, was beaming after securing fifth, directly behind Andretti Autosport’s Takuma Sato and more than a half-second faster than Team Penske’s Helio Castroneves in sixth. 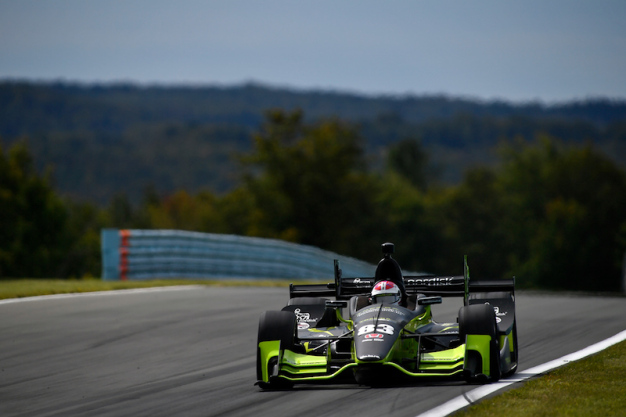