IndyCar Power Couple: the Kimballs in the Old Northside

Charlie and Kathleen Kimball are Old Northside residents, Indy transplants from Southern California, and big names in the world of auto racing. Charlie is an IndyCar driver and Kathleen has her own business, Kimball Marketing Group, launched over a year ago. They met each other in high school (but didn’t start dating until after college) and recently celebrated their three-year wedding anniversary. Charlie and Kathleen have two beloved dogs, Taj and Lilah, and love spending time outdoors, biking and hiking. After the racing season finished in September 2017, they embarked on a 3,000-mile trip across the country in their RV, visiting eight different national parks on the way from California back to Indianapolis. We caught up with them to find out their thoughts on living in Indy after the past seven years.

What brought you both from California to Indy?

Charlie: I moved to Indy in 2009 from our hometown of Camarillo, California. I spent about five years racing in Europe after high school, and I had just moved back home from England. It was great being back in Southern California, but it’s not just a tagline—Indianapolis really is the ‘Racing Capital of the World.’ I was racing in the Indy Lights Series by then, and if I wanted to move up to the IndyCar Series, I knew I’d need to be in Indy. Many of the race teams are based here so it’s important for networking, putting in the time with engineers, physical training, and building relationships. 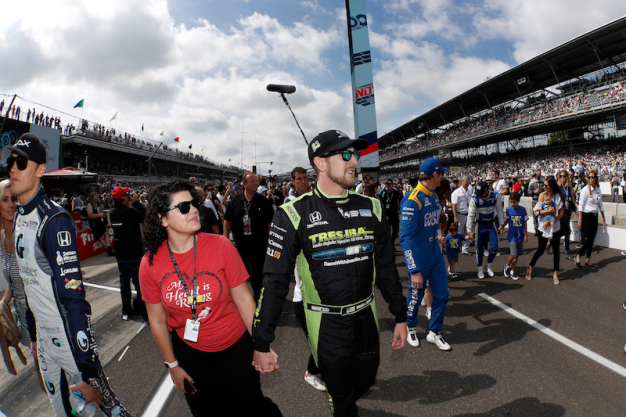