Cheer on the Indy Fuel with CK

Want to cheer on the Indy Fuel with me? Here’s your chance! The Fuel, an Indianapolis-based ECHL pro hockey team in its inaugural season, gave me two extra tickets to their game on Wednesday, Dec. 17 at the Indiana Farmers Coliseum. Going to Fuel games has become of my favorite things to do this off-season, so I want to share it with you! I’ll also be on the ice on the 17th trying to “Shoot the Puck” and win some cash for charity. Bonus: it’s Star Wars Night at the Coliseum. Yep, you just might get an Indy Fuel lightsaber thunderstix.

So, how do you win the two tickets? It’s easy… just follow me on Twitter @CharlieKimball. This Wednesday, I’ll tweet out a message for followers to retweet. I’ll pick one follower at random on Friday morning to win the two tickets! 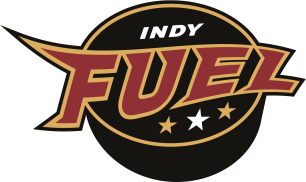