The historic 100th Running of the Indianapolis 500 on May 29 added more history today with addition of the race’s first presenting sponsor, PennGrade Motor Oil.

A brand of Lebanon, Ind.-based D-A Lubricant Company, PennGrade Motor Oil will serve as presenting sponsor through a multiyear deal running through 2018.

“This historic announcement is welcome news for the Indianapolis Motor Speedway and generates even more momentum for the entire Verizon IndyCar Series,” Hulman & Company CEO Mark Miles said. “PennGrade Motor Oil, with its deep understanding of the heritage and tradition that fuels the Indy 500, is the perfect presenting sponsor for the world’s greatest race.”

“We’re thrilled that PennGrade Motor Oil is joining us, not only for the 100th Running of the Indianapolis 500, but for more Indy 500s going forward,” Indianapolis Motor Speedway president Doug Boles said. “My grandmother worked for D-A Lubricant so I’m well-versed in the company’s history and I know our fans will appreciate the Hoosier connection as well.”

D-A Lubricant sponsored entries in the “500” from 1955-58, with a high finish of sixth in 1956 with driver Bob Sweikert. D-A-sponsored cars also ran in the USAC Championship series during that time, winning once in 1957 and four times in 1958. Last year, the company was a major associate sponsor of Graham Rahal’s Honda-Dallara in the Verizon IndyCar Series and will continue on as a team sponsor in the future.

The company recently acquired Brad Penn, a manufacturer of a product called PennGrade 1, well-known to grassroots racers and muscle-car enthusiasts for its effectiveness in high-performance engines. As part of the acquisition, D-A Lubricant is launching a new consumer brand called PennGrade Motor Oil, available online now and will eventually be launched as a full-scale consumer retail product.

“I can’t think of a more powerful vehicle to help us launch our brand PennGrade Motor Oil than the Indianapolis 500,” D-A Lubricant Company president Gisela Miller said. “The eyes of the world will be on the Indianapolis Motor Speedway this May as they are every year, and I couldn’t be more excited to have our company sharing that spotlight.” 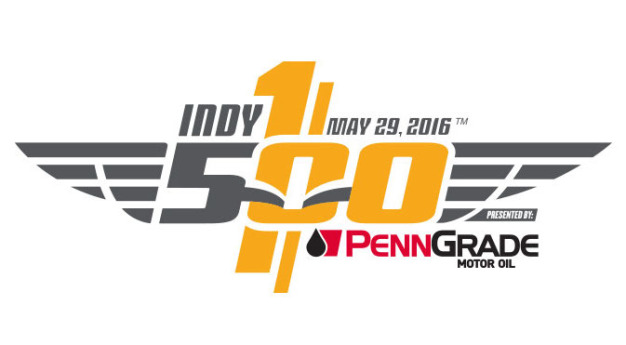