If Charlie Kimball seems an unlikely choice to try and kick start A.J. Foyt’s racing team, then consider the following: the son of famous engineer Gordon is technically savvy, he always runs well at the boss’ favorite track and he brings a very good and loyal sponsor.

As forecast a few weeks ago by RACER.com, Kimball was officially introduced Wednesday as the full-time driver of Foyt’s No. 4 car for the 2020 NTT IndyCar season.

“It’s a bit of a reset for us coming off a tough year and Charlie is a technical driver who comes from a great engineering family and always gets around the Speedway well so his drive matched with his experience should really help the No. 4 car,” said team president Larry Foyt. “I think Charlie is a fighter on the racetrack and can help us find those two-tenths we were missing last year.” 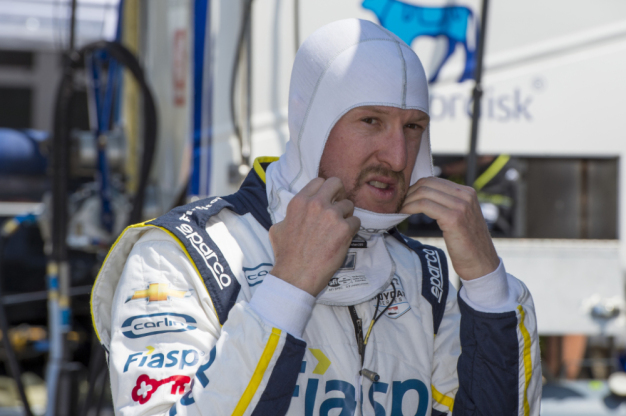 Returning to a full-time driving role has been the primary goal of Kimball’s off-season. Image by LAT

Kimball was a part-timer last season for Carlin and scored a pair of top 10s in his seven appearances in addition to being the lone member of the three-car effort to qualify for the Indianapolis 500. But the 34-year-old Californian, who will have Novo Nordisk as his primary sponsor for six races, knows part-timers are always driving uphill.

“I would not have survived another year on a partial schedule because it was really rough on me watching those races when I wasn’t in a car,” he said. “That consistency allows you to stay in rhythm but it always takes a moment or two to knock off that rust when you don’t drive every race.

“The level of competition is so high that any drawback puts you behind. That’s why I’m excited to work hard and try and get back to where this team wants to be.”

The 2019 season was a disaster for IndyCar’s oldest operation as Tony Kanaan finished 15th in the point standings and Matheus Leist was 19th. And longtime sponsor ABC Supply announced it would only be returning for the Indianapolis 500.

Kanaan managed one podium at Gateway while Leist took fourth at the Indy GP. Despite increased hours in the wind tunnel and seven-post shaker rig to try and hone their damper program, Foyt Racing just couldn’t get things right on ovals or road racing.

“IndyCar is so close, even when you feel like you’re on back foot, you’re not that far away,” continued Foyt, who has hired Mike Colliver and Mike Pawlowski to try and shore up the engineering department. “Once you get into season, it’s tough to dig yourself out of a hole if you head down the wrong path.

“A lot of people talk about shock absorbers right now in IndyCar and that’s somewhere we did some pretty extensive testing last year, thinking it was the right direction. A lot of times we felt we showed well in our off-track testing and when we got to the track it seemed like that was the right way to go. But then as the track rubbered up, all of the sudden you’re not where you need to be. You thought you were in a good place and now you’re behind.”

An example was the Indianapolis Motor Speedway, where Kanaan was just as quick as polesitter Ed Carpenter and eventual winner Will Power in 2018 before getting a flat tire. “Other teams gained last May and we hadn’t,” reasoned Foyt.

It’s no secret that Indy’s first-four-time winner and all-time winning driver only has eyes for 16th & Georgetown and that’s been Kimball’s best track in his 10-year career as he’s finished third, fifth, eighth and ninth.

“With that Bow Tie on the engine over there is no reason we can’t be talking about qualifying in the top 12 or Fast 9 shootout — being a part of that hunt for the pole is definitely on my radar,” said Kimball, who for the 12th consecutive year will be sponsor by Novo Nordisk.

Foyt said the line-up for the No. 14 car is still a work in progress, but RACER’s Marshall Pruett reported that Sebastien Bourdais will likely run the first four races while Kanaan takes all the ovals and rookie Dalton Kellett drives the final seven road/street shows.