He Fell Behind Early but Caught Up Fast

Via The New York Times

Charlie Kimball had a crush on Kathleen Thompson when they met 14 years ago as sophomores at Rio Mesa High School in Oxnard, Calif., but they were traveling at different speeds and clearly heading in opposite directions.

“We were two different people,” said Ms. Thompson, 28, a founder and an owner of Porch Light Public Relations in Indianapolis.

“I wasn’t the most grounded child,” she said, “and Charlie, though he was sweet, was a very conservative and nerdy kind of guy who was into go-karts and wore a Stanford sweatshirt to school every day because that’s where he wanted to go to college.”

Though Mr. Kimball and Ms. Thompson shared many classes, played on the tennis team together and had mutual friends, the idea of the two of them ever dating was as much a dream to him as racing in the Indianapolis 500.

“She was just too cool and had too much going on to ever have the time to be interested in me,” said Mr. Kimball, 29, now an Indianapolis-based driver in the IndyCar Series. 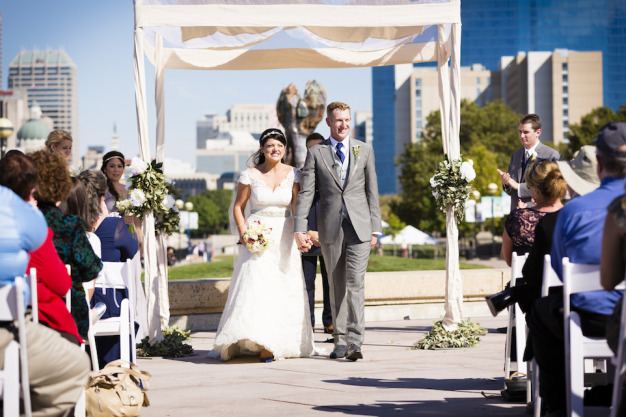